In 2013, housing prices rose faster than expected. In 2012 the national median listing price remained very steady, but according to www.realtor.com&reg;&nbsp;the &quot;pace of price appreciation accelerated quickly over the year to reach a median list price of $199,500 by September 2013&quot;.&nbsp; 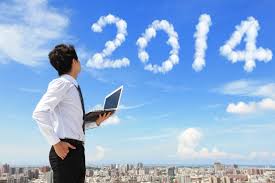 Mortgage rates rose as well, but still remained affordable when viewed on a historical basis. Maybe they&#39;re not at the super low we had been seeing, but according to Freddie Mac, 30-year fixed rate loans were seen as low as 3.45 percent in December 2012, rising to 4.49 percent in September 2013. Experts expect that rates will continue to rise some during 2014, but just how much will rely on if, and to what extent,&nbsp;the Federal Reserve will continue to buy blocks of mortgage-backed securities. If the Fed&nbsp;decides to cut back on its bond-buying activity as the economy improves, we will see a rise in mortgage rates.

When you take into account the rising prices and mortgage rates, the fact that bidding wars have returned&nbsp;is no surprise. The rising costs lent a sense of urgency to buyers and according to www.realtor.com&reg; research, &quot;inventory in 2012 reached a high of 2,083,710 homes on the market, then steadily declined to a low of 1,583,497 homes in February of 2013. At the end of September 2013, 2,210,000 homes were for sale, approximately a five-month supply.&quot;

With these figures rising, and with steady economic growth, the foreclosure activity for 2014 is suspected to drop, and most likely play a minimal role in the housing market for the coming year. The foreclosure inventory was at a multi-year low, with the stats down 39 percent in the third quarter of 2013 to the lowest level since the second quarter of 2006.

This is great news for sellers, as they won&#39;t be expected to compete with distressed home prices. Experts have characterized 2013 as the year of &quot;low inventory&quot; with many sellers opting to hold on to their homes until prices increased. The current inventory is very similar to what it was a year ago, but&nbsp;with the increases expected for 2014, some expect that the inventory will gradually stabilize to traditional seasonal levels.

While the real estate market will always have its ups and downs, and no one can predict with certainty what is in store for us in 2014, the numbers look better than they have in recent years. One constant in real estate though, is that the national numbers only tell part of the story. Talking to the professionals that work in your town, learning the trends, prices, and inventory specific to the local area remain the best way to keep up to date on the market.

Contact A1 Mountain Realty for your NC Real Estate needs. Come to our area of the High County and experience the charm of untouched Blue Ridge Mountain beauty. You&rsquo;ll find all types of Real Estate in Western North Carolina, lots and land for sale to create your own private mountain retreat near the New River, Blue Ridge Parkway, or golf course. Be sure to check out our website www.a1mountainrealty.com and browse our listings or do a MLS search for any property in the High Country region. While on our site be sure to check out our recently installed webcam, just click on the Downtown West Jefferson Webcam and you&#39;ll be able to see the downtown area and the beautiful towering Mt. Jefferson.