More than 200 years ago, a miner named Meredith Ballou received a land grant of 10,000 acres in just-created Ashe County, North Carolina. This part of Ashe County is known as Grassy Creek now.&nbsp;&nbsp;&nbsp; 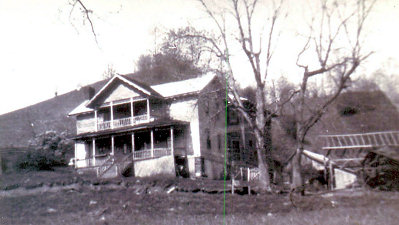 In 1824, Ballou put up the first dwelling on what is now the site of River House. His descendent, Uriah Ballou, built the original incarnation of River House in 1870. He raised a large family in that house and died there in 1932. One of Uriah&rsquo;s sons, James Larkin Ballou&mdash;known simply as &quot;Doc&quot; – acquired the house and land and began the process of modernizing the property.

After a distinguished career as a surgeon, Doc began building the large cottage in 1943, and it was finished in 1944. At some point he built an elaborate underground water-supply system that furnished the main home and cottage with water from a spring in a far ridge of Walnut Hill. The system is still in place, though it&rsquo;s no longer in use.

He deeded the family home to the university in 1953 with the stipulation that it be held in trust until the deaths of his wife, Iona, and nephew, Lionel Ballou, who managed his uncle&rsquo;s farm.

Franklin Lovette of Myrtle Beach, South Carolina, and Boone, North Carolina, bought the home in 1981, but he died before ever moving in. His widow sold the house in 1984 to Duane and Ilsa Ruth Merritt, who ran it as a horse farm until 1988.

That&rsquo;s when Gayle Winston, a native of Ashe County, bought the property – at least the 46 acres that were left. She set about acquiring additional property to expand River House holdings to 180 acres. She renovated the main house and many of the other buildings to create the historic River House Country Inn and Restaurant. 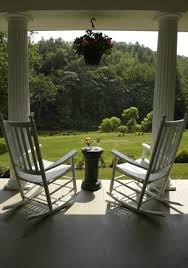 At this North Carolina Bed and Breakfast, there&#39;s a mile of New River frontage for strolling, wading, tubing, canoeing and fishing. Brown trout and rainbows abound. Walking trails wind through 170 acres. The uniquely decorated guestrooms are converted farm buildings and feature king-size beds, private bathrooms, Jacuzzis, art, books and country antiques. Awake each morning to coffee at your door followed by breakfast in the main house. For dinner, the restaurant offers exquisite regional cuisine, an international wine list, and a full-service bar with all ABC permits. 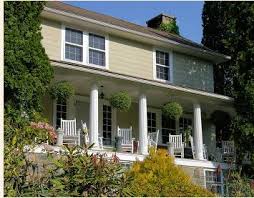 Part of the property around the River House has been subdivided into home sites and are available for sale. The key elements of the design are privacy for the residents and an abiding respect for the setting. The owners are also assured of living and vacationing in a community of like-minded people who share the conservation and tranquil enjoyment of nature as important values. All the landowners have an undivided interest to 39 acres and access to the New River through the River House common area. By River House is 46 acres, dozens of springs and small streams, 15 home sites, 1100 feet of frontage on the New River, 2 short roads, and thousands of trees. There&#39;s no shortage of wildlife either;&nbsp; 175 species of birds has been inventoried, deer, flocks of turkey, ground and tree squirrels, ground hogs, possum and many more.

Most people only get to dream of owning a Home in the Blue Ridge NC Mountains, but more and more folks are finding out that their dreams can come true. Currently, we are seeing some of the lowest loan rates and prices on real estate than any other time before. For many it is now possible to purchase a second home in the mountains. Begin looking for Blue Ridge Mountain Real Estate by viewing our listings at (www.a1mountainrealty.com) or do a MLS search for any property in the High Country. As a High Country Real Estate company based in West Jefferson we are familiar with real estate prices in Ashe, Avery, Wilkes, and Watauga. We can represent you if you are looking to purchase or sell Blue Ridge Mountain Homes.