We invite you to look at MLS content to see all of our Homes for Sale in Ashe County NC. 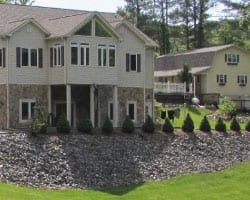 A1 Mountain Realty can show you some of the best homes and land in the area.

While other small towns and communities have grown into cities or simply faded away, West Jefferson  and all of Ashe County has continued to provide a small town feel that is quintessential Americana. Our area is nestled within the majestic Blue Ridge Mountains of northwest North Carolina. Listed on the National Register of Historical Places, West Jefferson not only presents beautiful landscape and cool mountain breezes, but also gives visitors a sense of history as well as a mix of modern culture. Simply stroll about our town and discover what is so special about West Jefferson and really ALL of Ashe and Alleghany counties.

Join us during the summer months when West Jefferson and Ashe County hosts annual festivals, concerts, gallery crawls, weekly farmers markets & other special events. If autumn is more your season, join us when the fall foliage is in full swing and enjoy our local fall festivals, corn mazes and pumpkin picking while surrounded by breathtaking colorful scenery. The holiday season offers a Christmas wonderland of lights throughout downtown, choose-and-cut Christmas trees at our many neighboring tree farms as well as community Christmas events. Every season is the right time to visit West Jefferson!

We believe, if you enjoy the simple things in life, you can find it in and around West Jefferson, North Carolina and A1 Mountain Realty can help you find YOUR dream vacation or permanent home in the area.

Ashe County, North Carolina has a considerably different climate than most of the Southeastern United States. Summers typically average around 80 degrees Fahrenheit. Temperatures rarely exceed 90 degrees Fahrenheit, but temperatures such as they did in 2012 can reach the mid-90s. 100+ has never been observed. Summer nights are cool, and temperatures often dip to near 60 Fahrenheit even in July. In winter there is snow, averaging about 30 inches for the towns of Jefferson & West Jefferson during the past 30 years. Considerably more snow falls on the peaks and the western slopes of the Appalachian Mountains. During the 2009–2010 snow season Jefferson received some 60+ inches of snow. For the past three seasons (2013–2014 & 2014–2015 & 2015-2016) West Jefferson has averaged 24.7 inches of snow (as reported by a CoCoRaHS Observer 1 mile ESE of West Jefferson). Snow has been observed as early as around October 1 and as late as around May 1. Ashe County is also a very windy location especially in winter when several times per year the Jefferson Airport sees the wind gusting 60 to 85 MPH. In addition it does get very cold in Ashe County. In 2015 the temperature dipped below zero Fahrenheit on four occasions, the coldest being negative eight Fahrenheit. The average winter high is in the 40s with an average low near 20 Fahrenheit. Often feeling more like the northeastern United States when wind chill factors are also observed.

Contact us today and allow us to help find your real estate property of interest.